Go Swimming in a Cenote

If swimming is your passion, then there are numerous adventures to be found around the world. However, for something truly unique to add to your bucket list, why not consider swimming in a cenote?

This term may not be familiar to many people but can be better described as a sinkhole. This may not sound too appealing, but they are actually incredibly beautiful, especially those to be found in Mexico.

What exactly is a cenote?

A cenote is formed when limestone bedrock collapses, exposing the hidden groundwater, which can be a stunning turquoise colour.

The ancient Mayans believed that they were gateways to the gods and often performed sacrifices at them, but don’t let that put you off!

Astonishingly, there are over seven thousand cenotes to be found in Mexico alone, and the whole experience can be quite surreal and mystical.

Having travelled all the way to Mexico, it would make sense to try and swim in as many as possible, each one having its own unique features.

One of the most popular is Il Kil, which has a spectacular setting, draped in hanging vines, and accessed by a carved stone staircase. Non-swimmers can watch the action from the on-site restaurant.

Less crowded are the two cenotes known as Dos Ojos; here you have the choice of a gorgeous clear turquoise pool, or for the more adventurous, the other pool has zero visibility and requires the use of flashlights.

The best time to visit is between May and September; the water temperature in the cenotes will be a comfortable 25ºC, but be aware of any hurricanes, which may obstruct your access to the pools.

So, if swimming in a beautiful cenote is near the top of your bucket list, then a trip to Mexico will see your dreams come true. 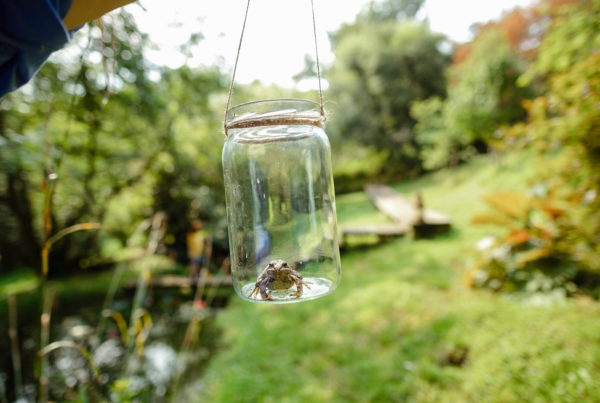 Create Your Own Wildlife Garden